The center rectangle with the score tells you which color thermometer will give you points.

Press Space or Left Click/Tap whenever the correct color thermometer is in range to get points!
You have 30 seconds! GOODLUCK!

Note: the game will restart on it's own after a run is complete.

Tips: A different background sound plays whenever the color in the middle changes. Also, different sound effects play whenever you hit in the right range!

Mac/Linux: Do you normal stuff

I only tested on Windows

README is included, but it doesn't say much more than what is here. Message/comment if there is any issues.

I really like the background music / soundtrack to the game.

I kept trying to think of what the best strategy would be to get the most points? I think since you don't get punished for mis-clicks, it might be to ignore the red and orange (too fast / too slow) and just go for green and blue points. It is satisfying when you get points from the red thermometer too

Awesome that you are thinking about the metagame already!

I agree, and after having many people play test I think most end up skipping the orange for sure. A way to balance that may be giving points scaled by the difficulty of the bar or based on how hard it seems getting the current position of the bar

That, or spam clicking. I'm still debating a delay or way to detect spam clicks. There will definitely be a combo multiplier next version which should fix that as a gameplay issue, and maybe some sort of difficulty scaling.

A lot will be added to this game so there will eventually be more random stuff happening, effects, animations, new nice GUI (I have a screenshot in another reply, I'll make a devblog about it later), and of course high scores

I'm hoping to get this to a level that is good enough where there are even achievements and the like. Your feedback really helps! Thanks mate ! 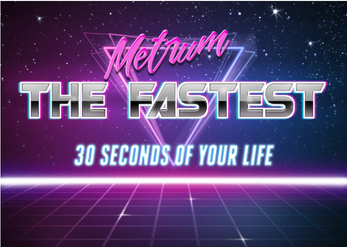